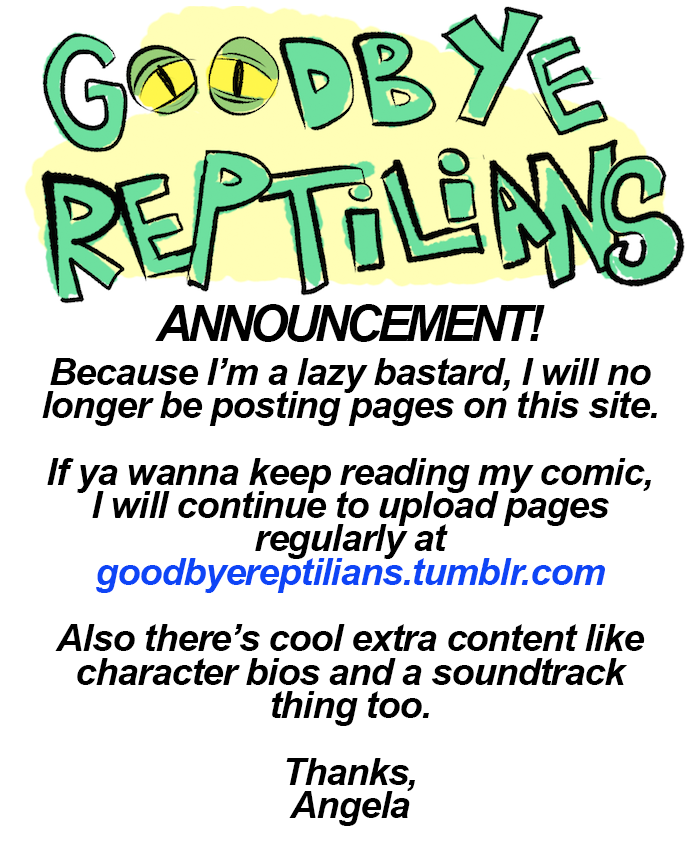 ok ok so i came 2 the conclusion that i need to give people like... incentive 2 follow the blog on tumblr where the layout looks nice and where i will most likely also post extra content from time to time so my conclusion is thus. since i end up doing this pages at ungodly hours in the morning and posting them at like, fuck, 2 am usually... obviously no ones seeing myself so like the whole front page thing is arbitrary @ that point so what im gonna do is upload the pages here at like... a decent time during the day and post the pages 2 tumblr like right after i finish them so they will be there first. so like... if u really care about this shit comic (and i know at this point no one really does and thats ok) u can follow it on tumblr here.

also, in other news i was thinking of doing like sountrack stuff for each chapter like i could make playlists that match the vibe of the chapter and upload them to 8tracks or some shit and maybe they can like, i dunno, give this shit comic some ambiance. if anyone is interested in that let me know although im probably going to do it anyways because at the end of the day i just end up doing whatever the fuck i feel like because i have no control over myself lmao

ok so hey here' s like the situation i guess lmao. im gonna be uploading pages here as well as on my tumblr (and i guess smack jeeves as well??) and like hopefully do pages regularly but like because of who i am as a person i know i will never get into a consistent rhthym but uh yea if u wanna ever ask me something or just chat hmu im real friendly and basically love talking idk